Decades before The Environmental Noxiousness, Racial Inequities & Community Health Project (The ENRICH Project) formed to investigate the cause and effects of toxic industries situated near Mi’kmaq and African Nova Scotian communities, the communities had been fighting for their safety. In Shelburne, residents feared a town dump close to the south end’s Black neighborhood was poisoning their water and air. For Pictou Landing First Nation, the effluent dumped from the Northern Pulp mill into Boat Harbour caused devastation to their way of life. Resistance in both of these Nova Scotian communities grew for decades.

The Shelburne Town Dump received industrial medical and household waste for 75 years from the town and the eastern county. It was closed in the 90s, but continued to be used as a transfer station and when residents began to organize as South End Environmental Injustice Society (SEED), more and more voices in the community began realizing the connections between the smoke that filled the air from burning waste, the contaminants leaking into water wells, and the high levels of cancer deaths in the community. The site was officially closed in 2016, but the need for clean-up and remediation continues. 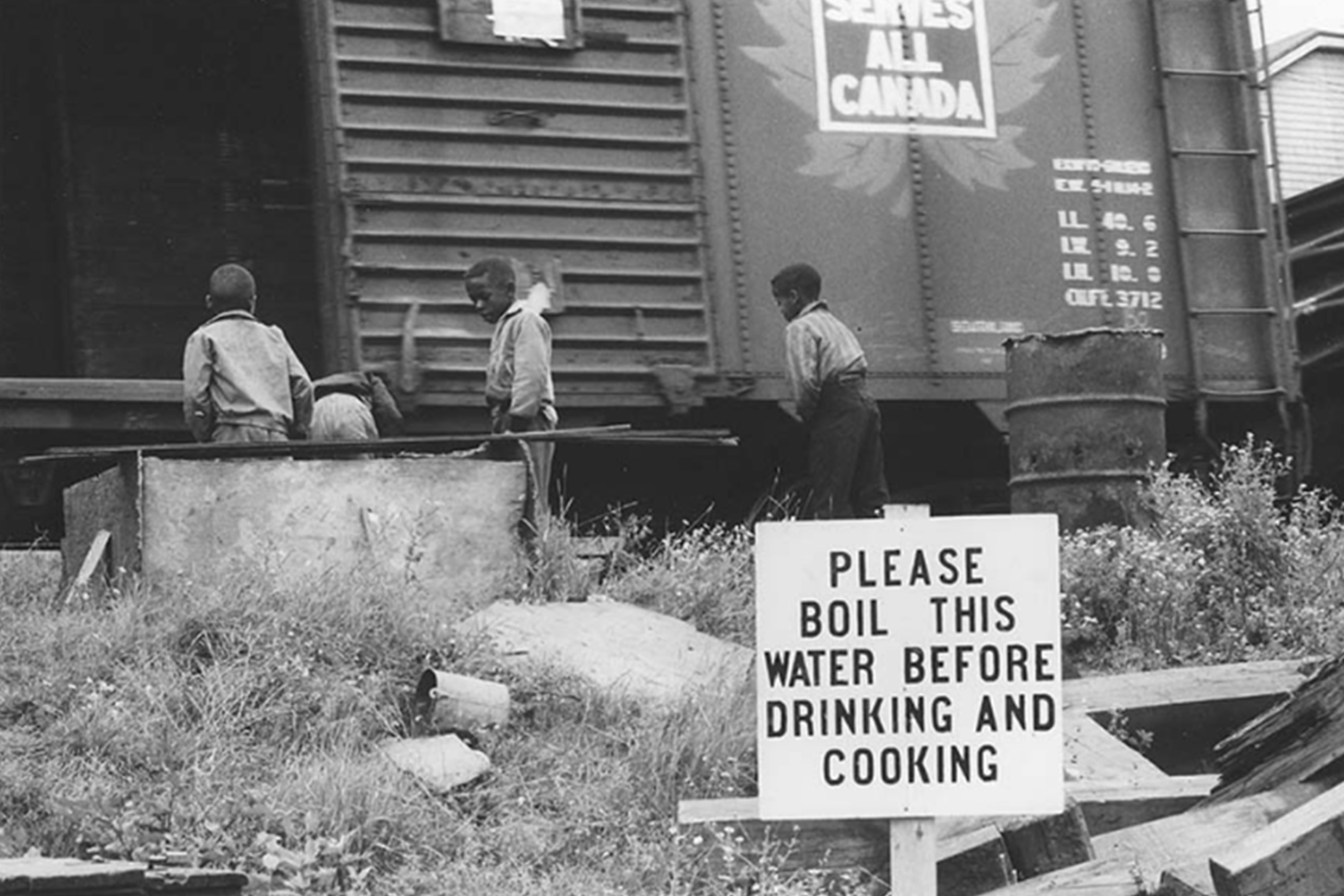 The Northern Pulp mill opened in 1967 and until its recent closure on January 31, 2020, effluent waste from the pulp and paper mill—90 million litres a day—has contaminated the water. The federal government has committed $100,000,000 to restore the harbor back to its natural state. While successfully campaigning to close the mill, Mi’kmaq communities were also faced with resisting the Alton Gas proposed natural gas project, which would use water from the Shubenacadie River to hollow out a massive salt cavern to store the extracted gas. Calgary-based AltaGas plans to dump the water, treated with a harmful brine, back into the river, posing a significant risk to fish in the river and flowing into the Bay of Fundy.

These polluting projects have been highlighted by Dr. Ingrid Waldron, founder of The ENRICH Project, as examples of environmental racism defined as ‘the disproportionate location and greater exposure of Indigenous, Black, and other racialized communities to polluting industries and other environmental hazards.’

Founded in 2012, The ENRICH Project examines and addresses the social, environmental, political, and health effects of environmental racism and climate change in Indigenous, Black, and other marginalized communities across Canada.

Dr. Waldron has written, “While climate change affects everyone, Indigenous, Black and other marginalized communities in the global north and south are disproportionately vulnerable to the climate crisis because they are more likely to be exposed to pollution and contamination from nearby industry and reside in places where they are also more likely to be impacted by rising sea levels, disappearing shorelines, frequent and heavy rainfall, raging storms and floods, intense heat waves, increasing wildfire, poor air quality, higher rates of climate-related diseases, and other effects of climate change that hit them first and worst.”

Her findings and work with Mi’kmaq and African Nova Scotian communities was compiled in a book called There’s Something in the Water. In 2019, it was made into a documentary film of the same title by actor Elliot Page, which is currently streaming on Netflix.

The documentary has increased the visibility of the three communities’ struggles against industrial projects, as well as their resilience. Increased attention around environmental racism led to Dr. Waldron co-founding the National Anti-Environmental Racism Coalition with Naolo Charles, the founder and Executive Director of the Black Environmental Initiative. The Coalition has brought together organizations in the environmental and climate change sector across Canada to collaborate on projects and share expertise and resources to address environmental racism and climate change impacts in Indigenous, Black, and other marginalized communities across Canada. The Coalition is working to map the presence of industrial projects near or close to communities in Canada and campaign for justice by supporting the passage of Bill C-230: A National Strategy to Redress Environmental Racism, which contains directives to the federal government to take responsibility for the harm and impact of toxic industrial projects.

Charitable giving is at the heart of Lush’s business. We believe it's our responsibility to advocate for the environment, animals and people in need, as well as giving back to organizations locally and around the world, through Charity Pot. We partner with groups like the ENRICH Project, and Charity Pot is supporting them as they host online workshops that will engage African Nova Scotians from Africville and Shelburne in discussions on the mental health impacts of environmental racism. Support their work, support Bill C-230, and demand Prime Minister Trudeau legislate the Just Transition Act and keep his promise to “make sure no one gets left behind” as we shift away from fossil fuels.