Resistance and Resurgence is a five-part article series authored by Indigenous journalists, thought leaders and activists. In it, we’ll explore the key historical and present-day issues impacting Indigenous communities across Turtle Island, make connections between the past harms and the need for action now, and share stories of resiliency that have gone unrecognized by mass media since time immemorial.

Resistance and Resurgence: Make Indigenous Peoples’ Day about Reconciliation was written by Edgar Villanueva, author, activist, and citizen of the Lumbee Tribe of North Carolina.

Indigenous Peoples’ Day is a day to not only celebrate the beauty and resilience of our communities, but it’s also a day to recognize the past and present trauma in the United States as a result of its history of colonization. Even to this day, Native Americans continue to face erasure in society and fight against injustices experienced by our ancestors.

We can draw on Indigenous wisdom and teachings to understand how to heal relationships and leverage the day to talk about truth and reconciliation. If we think about the day’s origins, it was created to serve as a direct foil to Columbus Day—a ‘holiday’ that celebrates the colonization of the Americas and the subsequent death and oppression of millions of Indigenous peoples. 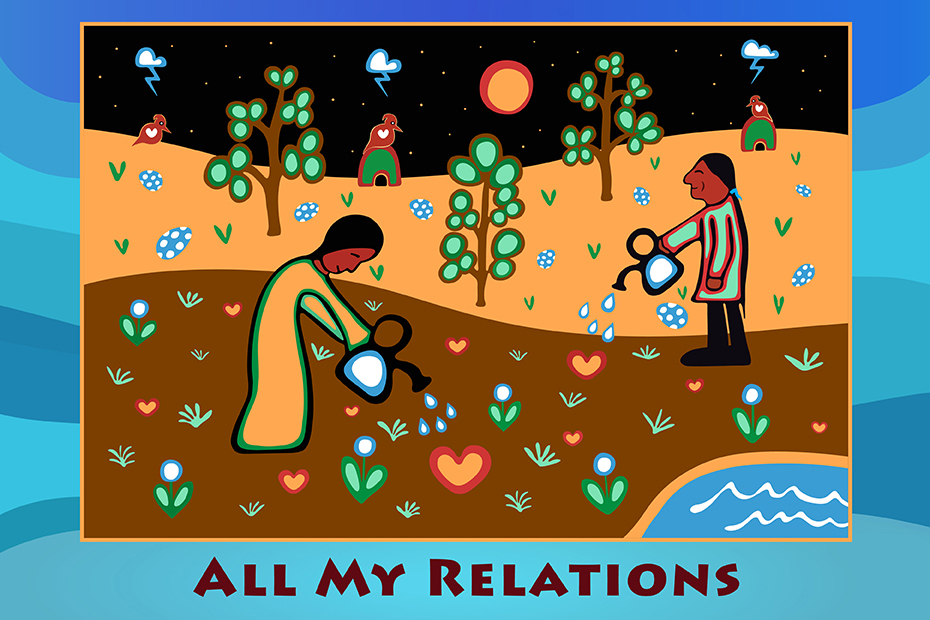 We cannot talk about repairing what was lost without reconciling what is broken. For instance, 27 U.S. states make no mention of Native Americans in the K-12 curriculum, which means that more than half of states refuse to acknowledge Indigenous Peoples and America’s dark history (source). And we’re not just referring to history long ago, but atrocities as recent as the 1990s when the last of the Indian board schools in North America were closed.

Once we get to a place of understanding what is broken and how we need to fix these historical wrongs, we can take the following six actions towards reconciliation:

Recently, there have been several impactful movements to advance racial healing and reconciliation through land redistribution and climate justice.

Climate change disproportionately affects Indigenous and Black communities that still face limited access to clean water and air, safe housing and healthy food across the United States. And to win on climate, we must have radical solidarity across communities and center our voices in the solutions.

The Black Lives Matter movement reignited conversations of the intersectionality of racial justice and what’s needed to repair the generational trauma of colonization. In May of this year at the National Black Climate Summit, Black activists outlined a climate agenda with a BIPOC lens that focuses on healing from the environmental impacts of white supremacy. According to the plan, climate change is a byproduct of an “economic system based on extraction, exploitation, accumulation through dispossession, and white supremacy.” Their call to action is to invest in Black communities to battle climate change in their areas while repairing from past harms.

This is not the first time BIPOC leaders developed climate agendas for themselves. In 2017, the Ponca Nation in Oklahoma became one of the first tribes in the country to enact a Rights of Nature law, an anti-fracking measure aimed at protecting the tribe from an increasing number of earthquakes and rising cancer and asthma rates.

Similarly, our allies leading #LANDBACK campaigns are focused on land redistribution as a form of reparations for Indigenous communities. Launched on Indigenous Peoples’ Day in 2020, the movement started as a demand to close the Mount Rushmore monument immediately and to return all surrounding Black Hills public lands to Indigenous peoples. Mount Rushmore is seen as a blatant symbol of white supremacy, and similar to Columbus Day, another painful reminder of the harm caused to Native peoples through colonization. #LANDBACK is currently focused on a larger campaign to get ancestral lands back to Indigenous communities, paving a future where Black reparations and Indigenous land redistribution co-exist.

My organization, Decolonizing Wealth Project, and our corresponding fund, Liberated Capital, are also working to transcend conversations around truth and reconciliation to the practice of reparations. Launched in March 2021, Liberated Capital’s #Case4Reparations funding initiative supports community-driven reparations efforts to help build the case for local, regional, and national policy opportunities that inform ways wealth (money and land) can be redistributed by institutions and/or governments to Black and Native American communities in the United States. We source, lift up and fund local leaders and communities that have their own reparations campaigns, while amplifying advocacy efforts through storytelling and communication efforts. Our goal is for the #Case4Reparations to be a multi-year, multi-million-dollar initiative to support systemic and policy change efforts that return wealth to impacted individuals.

To support these efforts on Indigenous Peoples’ Day and year-round (because reconciliation and healing is an everyday/365-day process), I urge you to check out the following organizations and campaigns:

This is just one story in our five-part series. Read the rest of our Resistance and Resurgence stories now.

The opinions expressed in this article are those of the authors. They do not intend to reflect the opinions or views of the Indigenous community as a whole or of all Indigenous people in Canada or the United States.