How to Apply for the Lush Prize

The Lush Prize is the largest global awards program to recognize scientists and campaigners working to replace animals in chemical safety testing. Now in its seventh year, it’s provided more than £1.8 million to support animal-free testing and campaigns around the world. To learn more or apply, visit lushprize.org. Applications are open now until December 6, 2019.

Check out previous winners of the Young Researcher Prize to learn about the innovative projects the Lush Prize has helped to fund.

This prize rewards the work of individuals or groups lobbying for the advancement of animal testing alternatives. Scientific innovation needs to go hand-in-hand with policy change to ensure the cosmetics industry and regulators are accepting of new, animal-free testing methods. Previous winners of the Lobbying Prize include members of parliament, Humane Societies and campaigning groups working to eliminate animal testing entirely.

Apply here for the Lobbying Prize.

At the Lush Prize Awards 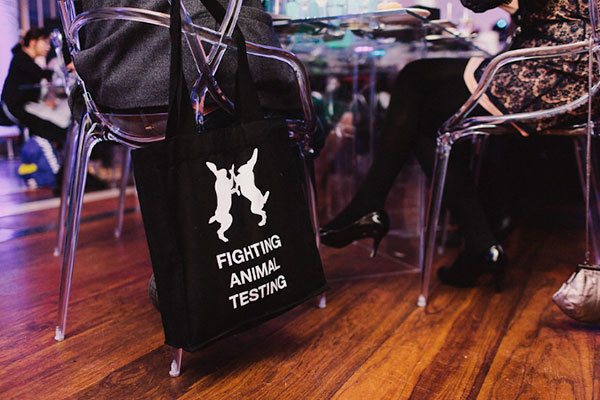 Despite years of campaigning, animal testing persists in many areas of the world. Partial legislative victories have created a common misconception that animal testing, especially for cosmetics, no longer takes place. It’s therefore vital that the public remains aware of ongoing animal testing so the issue remains a political priority.

The public awareness prize is awarded to individuals or organizations that keep animal testing in the public eye. Past winners include filmmakers, campaigners and publishers of a children’s storybook.

21st Century Toxicology is a new approach to safety testing which is exciting regulators, toxicologists, campaigners and companies around the world. It has become possible because of advances in biology, genetics, computer science and robotics and offers greater relevance to humans rather than animal tests. As its superior scientific results become fully recognized, cruel and outdated animal tests will be replaced.

The Science Prize is awarded to groups and individuals working to advance scientifically viable alternatives to animal tests. Previous winners include those working in the areas of biology, genetics and computer science.

Apply here for the Science Prize.

As alternatives to animal testing are developed, scientists need opportunities to learn them. Many established scientists haven’t been trained in alternative methods, and future scientists and students need this education in order to pursue further research in this area.

The training prize recognizes the importance of training the scientific community on alternative methods, and awards those providing training to scientists, researchers and students. Previous winners include animal-free testing labs that offer training opportunities, and groups delivering web-based training sessions for regulators.

Apply here if you're a person or organization training future generations of scientists to create a future free from animal tests.

In any one year, a Black Box Prize of the full £350,000 fund may be awarded for a key breakthrough in human toxicity pathways research.

For full eligibility criteria and information on past winners, visit lushprize.org.