A term in which every identity fits

This piece has been co-authored by Lush team members Tam Desai (they/them) and Cyan Lourenco (they/them) to explore the significance of the word “queer” and what it means to the community.

Pride is a time of bold celebration, fearless joy, and solidarity in community. At Lush, we use the word queer to represent the community in all its diversity.

Throughout our history, the queer community has been searching for unifying language to include the variety and uniqueness held within identity. While we have endured struggle, rejection, and harm on the path to celebration, we’ve also created space for joy, bold expression, and fearlessly living loud.

The term “queer” didn’t become popularized slang until the early 1900s and it wasn’t until the end of the century that the gay rights movement really began to adopt it as a self-identifier from the rallying cries at Stonewall: “We’re here. We’re queer. Get used to it.” As acknowledgement of gay rights began to gain traction, organizations began using gay and lesbian, eventually adding in the T for transgender and the B for bisexual to reach more people facing similar discrimination.

From the start, the acronym of LGBT has been as much about unifying a coalition of experience as it has been about who’s excluded. While activists have tried to sort the issue by expanding the acronym to include ever-evolving identities and language, the unwieldy collection of letters has only added to identity politics and managed to alienate those it’s meant to connect. Also known tongue-in-cheek as the “Alphabet Soup”, the acronym has divided the community and fanned the flames of resentment for “political correctness”. 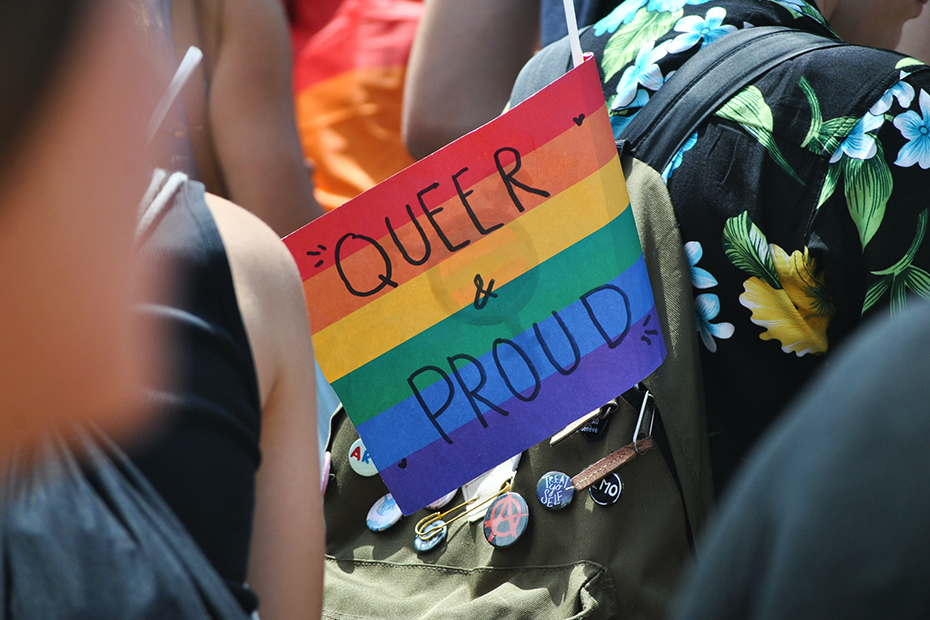 The umbrella term queer opens the community to intersectional identities and leaves space for unique individuals to see themselves reflected and to be valued. It leaves room to grow and explore new identities and allows for the choosing—or rejection—of labels. Put simply: it shows the range of people’s truths.

We acknowledge the painful history of the word queer as hateful and pejorative. "Even as a slur,” says Steven “Z” Patton, a community activist, in an article for online queer publication them, “the word described those who exist outside of what society mandates." Using this word allows for the acknowledgement that, yes, queer people are different. Reclaiming this word means acknowledging those differences as unique, beautiful and ever evolving.

At Lush, we called upon our own queer community to ask about the ways folks describe and identify themselves. We learned that this word means a lot to so many people in this community. We heard that this word is powerful, inclusive and freeing. “As a millennial, I can still feel the sting of the word queer used against me in my lifetime,” said one Lushie. “And that’s why I reclaim it. You can’t use that word against me. It’s beautiful and it’s mine now. I own it and stand in its power.”

Ultimately, it’s all about context. Queer is still used as a slur today and many will always be uncomfortable with its use. Never make assumptions about how someone personally identifies and allow everyone to define themselves for themselves. It’s important to recognize when others don’t claim the word as an individual label and to respect that. Language is always changing to reflect the culture we live in and queer is no exception. What matters is that we continue to adapt and evolve, get curious, and never stop learning and loving.

The road hasn’t ended for the queer community. There are still legal battles to fight and prejudices to challenge, but we’re here, we’re queer, and it’s time to get used to it. There are endless ways to be queer and, together, we can celebrate the thriving, joyful existence of the community and the individuals in it.